Here are ten horse books that you should read! 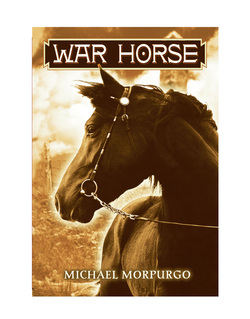 War Horse is about a horse named Joey that is taken away from his owner, Albert who loves him to death. Joey is taken to war and he tells all about the harsh life of the army.

Here is what Amazon says about War Horse:

In 1914, Joey, a beautiful bay-red foal with a distinctive cross on his nose, is sold to the army and thrust into the midst of the war on the Western Front. With his officer, he charges toward the enemy, witnessing the horror of the battles in France. But even in the desolation of the trenches, Joey's courage touches the soldiers around him and he is able to find warmth and hope. But his heart aches for Albert, the farmer's son he left behind.

Will he ever see his true master again? 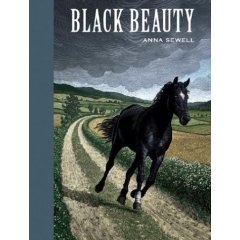 Black Beauty is one of the greatest classic horse books for horse lovers. It tells the story of a horse who goes through many difficulties in life...cruel owners, a fire, as well as kindness from others. It's such a beautiful book.

What you may not know is that it was written 140 years ago! The author Anna Sewell was an invalid and it was the only novel she ever wrote. She died five months after it was published. Crippled from childhood, Anna loved horses and her book helped people understand how to be kind to these beautiful creatures.

Click here to order My Friend Flicka on Amazon 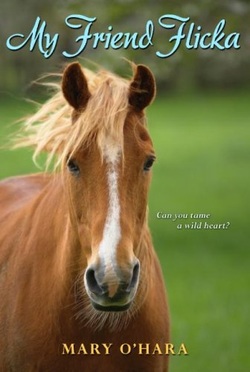 The first time that ken McLaughlin sees Flicka galloping past him on his family's Wyoming horse ranch, he knows she's the yearling he's been longing for. But Flicka comes from a long line of wild horses, and taming her will take more than Ken could ever have imagined. Soon, Ken is faced with an impossible choice: give up on his beautiful horse, or risk his life to fight for her.
Click here to order Secretariat on Amazon 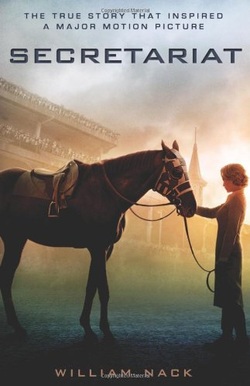 In 1973, Secretariat, the greatest champion in horse-racing history, won the Triple Crown. The only horse to ever grace the covers of Time, Newsweek, and Sports Illustrated in the same week, he also still holds the record for the fastest times in both the Kentucky Derby and the Belmont Stakes. He was also the only non-human chosen as one of ESPN’s “50 Greatest Athletes of the Century.” The tale of “Big Red” is an enduring and inspiring classic, more than thirty years after its initial publication.
Click here to order The Black Stallion And The Girl on Amazon 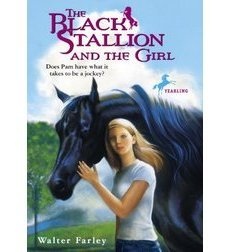 The Black Stallion and the Girl

Hopeful Farm’s success has greatly increased Alec and Henry’s workload, and finally, Alec decides to seek help. When Pam Athena, a very diminutive and very pretty girl applies for the job, Alec can’t imagine that she could be of any use. But then he sees how well she works with the horses. Even the Black, usually untrusting of strangers, is surprisingly calm around her . . . and it isn’t long before Alec himself falls under her spell.
Click here to order Hoof Beat Katie and the Mustang on Amazon 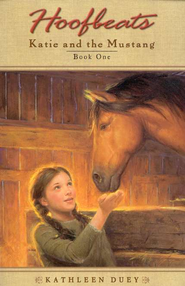 Orphaned at age six and taken in by a heartless couple, nine-year-old Katie Rose spends her days doing chores and dreaming of going west to find her Uncle Jack. Then Mr. Stevens brings home an unbroken Mustang, and Katie's world changes. Katie is drawn to the horse's wildness, and he seems to sense her need for companionship. So when Katie learns that the Stevenses plan to join the expansion West&150without her or the Mustang&150she makes a desperate decision to go on her own. And she will not leave the Mustang behind.
Click here to order Horse Diaries Elska on Amazon 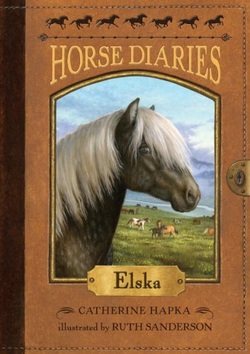 
Elska is a silver dapple Icelandic filly. She spends summers frisking about the countryside and winters in the farmyard, where the girl human Amma takes special care of her. But when a powerful neighbor notices Elska, her contented life suddenly changes. Here is Elska’s story . . . in her own words.
Click here to order Sheltie the Shetland Pony on Amazon

Emma's dream has just come true -- her parents have given her a Shetland pony of her very own! Sheltie is the best pony in the whole wide world. Maybe he can even help Emma solve the mystery of who¹s been stealing from Mr. Crock!
Click here to order Riding Freedom on Amazon

In this fast-paced, courageous, and inspiring story, readers adventure with Charlotte Parkhurst as she first finds work as a stable hand, becomes a famous stage-coach driver (performing brave feats and outwitting bandits), finds love as a woman but later resumes her identity as a man after the loss of a baby and the tragic death of her husband, and ultimately settles out west on the farm she'd dreamed of having since childhood. It wasn't until after her death that anyone discovered she was a woman.
Click here to order For Horse Crazy Girls Only on Amazon 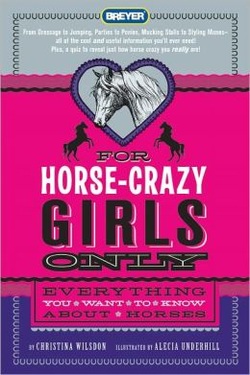 For Horse Crazy Girls Only

Is your first and second favorite animal a horse? Is your bedroom covered with horse posters on your walls and horse models on your shelves? Would you rather muck out a stall than clean your room? Then you are absolutely, undeniably horse crazy, and For Horse-Crazy Girls Only is the book for you! This is the only comprehensive book about everything a horse-crazy girl needs to know about horses. You'll learn everything from the different breeds of horses, to how a horse's body works, to the quirky little things that make the horse the BEST animal ever. Author Christina Wilsdon even shares ideas for horse-themed parties, and suggestions for the best horse movies to watch with your friends. And that's just the beginning.